by digitalpress
Posted on 20 September 2018 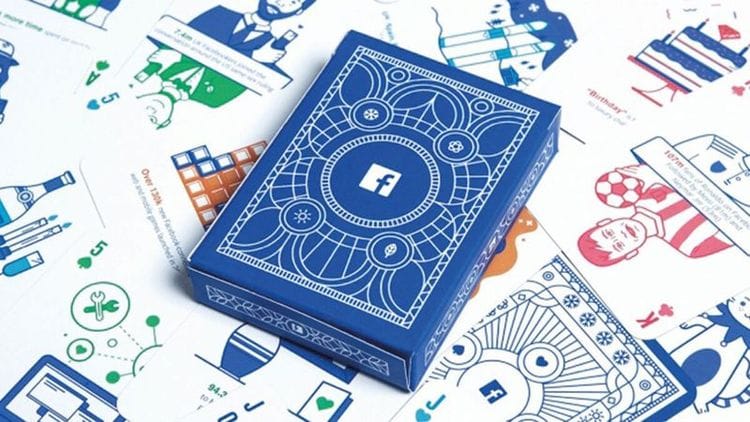 While some marketers believe spending their advertising dollars on digital platforms is the Holy Grail, social media giant Facebook has launched a number of print campaigns. Apple, Google, Facebook, LinkedIn, Airbnb, Uber plus a host of other tech brands have built their huge businesses using digital marketing. So why are they turning to print to grow even bigger?

Google and Facebook have been busy telling brands that the most effective way to reach consumers is through digital communications. Yet, by Google's own admission, 56% of digital advertisements aren't seen. So to engage wider audiences these tech giants have learnt that they cannot do without print advertising. Whether through direct mail or running inspiring poster campaigns, they know how to capture our attention.

Over the years, Facebook has been busy commissioning a number of print projects to show off its creative side to its employees, advertising agencies and the public. They include:

Facebook launched a branding campaign in 2015 promoting the power of friendship, using a number of channels including posters, press and TV ads in the US, Canada and UK. According to Nielsen, between February and April, Facebook spent $1M on press ads and $2.5M on outdoor media in the UK to promote the campaign, which appeared on roadside posters and across the London Underground.

To showcase its marketing insights to creatives and agency heads, Facebook created a beautiful deck of 52 illustrated playing cards. Each card offered a unique and engaging marketing insights about Facebook and its users. Over 1,000 decks were distributed to agencies, with the packaging personalised to the recipient.

Facebook was experiencing challenges when communicating its company mission, history and values to new employees online group chats, emails or conversations were not able to clearly communication the culture. So they decided utilise print and put together a 'little red book' full of captivating images and ideas to help tell the Facebook story.

Source: Value Of Paper And Print